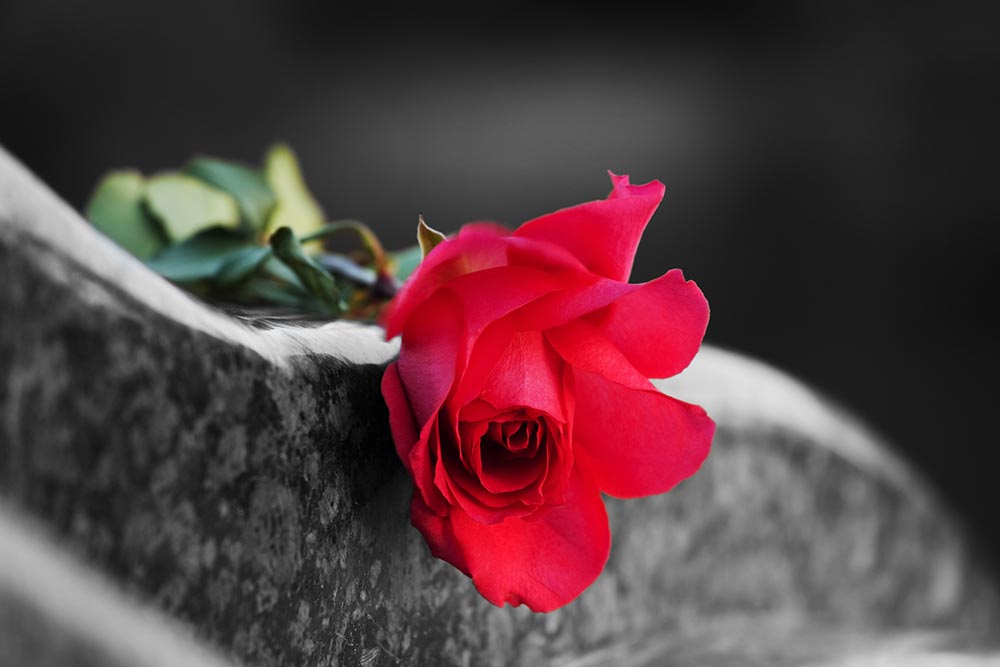 Legend has it that the origin of this policy in Spain is found in the fishermen of Galicia. The treacherous sea has always claimed lives of sailors with devastating financial and emotional consequences in their friends and family. As they could not control the storms, the fishermen’s guilds created a fund to help the families of those lost at sea.

True or not, we can have confirmed that Death Insurance was born out of a gesture of spontaneous solidarity of the people who came together to deal with the financial consequences of the tragedy.

It is an act of love towards the people we treasure to alleviate their financial difficulties and the endless formalities in such difficult times.

On the farewell day

This policy takes care of the formalities and expenses of a funeral: coffin, cremation, transport, flowers, funeral home… It can also provide other, less well-known coverage such as psychological care or a legal service that deals with paperwork (processing of death certificates and even widowhood pension and will management).

Death insurance is one of the most appreciated policies in our society even though it is not mandatory. More than half the Spanish population (57%) has taken out one of these policies.

Some people ask what happens if there is excess capital after the agreed compensation has been paid? In these cases, the insurer must return the excess. But ask us, because you have to make the claim.

“Unfortunately, recently I had to use the Death Insurance taken out by my father. Under the circumstances, everything was satisfactory: the care, the details, the formality, the service… everything was excellent. I can’t complain. They even added some unexpected touches. Thank you so much for accompanying us in such a difficult time.”